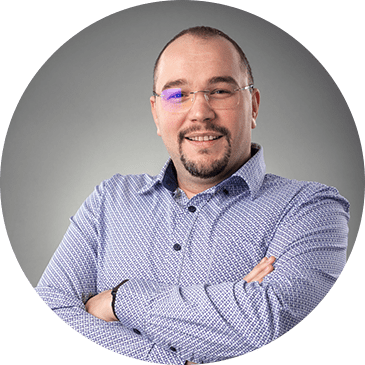 My journey with Comtrade 360 began 8 years ago, when I was part of the ITSS department with 25 other developers. At that point, I was still a student in my third year of The University of Electrical Engineering, in Belgrade, Serbia, so naturally I was a bit nervous about balancing my work and my studies. However, Comtrade gave me free time whenever I needed it. I still remember when one of the managers told me that we should  invest in finishing our education, so that we can be at the same level, if not better, than our future colleagues. That type of support gave me the extra nudge needed to  conclude my studies and eventually move forward with pursuing a master’s degree.

One of the first colleagues I worked with was Ivan Nikolic, we both joined Comtrade on the same day, and spent the next 5 years working on projects together. He is now one of my best friends. Our first project was to develop a mobile application that  would help nurses and doctors with their daily tasks in the hospital. After some time, a new colleague joined the team and our next project was to develop a game for kids between 3-6 years, compatible with the Tesla tablets and related to animals, objects, and shapes.

Another health-related project we worked on was a health tracking app for a client from the US. We had a lot of fun on that project because due to the time difference, our workday started when everyone else left the office, so we had the office to ourselves.

When I joined Comtrade, I was mostly interested in working on projects that were mobile-app-related, but since there were not so many, I was transferred to the sector for web development. I quickly found a project that I liked, and after working on it for about 2 years, I became the tech lead in web development. What this taught me was that even though I preferred working on mobile-app tasks, expanding my horizon to other subjects such as web development helped me to expand my knowledge, gain insights and prove my worth. Keeping an open mind is key because you never know when something new can interest and push you forward.

Since I started, I have had the opportunity of meeting a lot of smart and enthusiastic people with whom I became good friends. We started a tradition where each morning, everyone would come a bit earlier to the office and we would gather in the coffee room to talk about various topics. The group consisted of newbie engineers and engineers who have been in the company for over 5 years, making the topics diverse, informative and insightful. Those morning meetings were very important because aside from being informal, they helped when someone from the group had an issue with a project. We would all participate in the discussion and try to give tips on how to solve the problem. Aside from our morning meetings, we also started spending time outside of work – like going for after-work drinks, teambuilding activities such as rafting and skiing, and so on. Today, even though some of them left the company or got transferred to other departments, we remain good friends and catch up occasionally.

I was also one of the initial team leads for UI when one of our previous business units was created. We worked very hard on that product and felt rather proud of every success we had. After some time we established a great team to manage the UI part while I was moved back to SE for other projects.

I’m so happy that I have been a part of Comtrade 360 for so long. With the friendships I’ve made, and the experience gained, Comtrade 360 is not just a company to me, it’s family.

I have also done a lot of traveling, thanks to Comtrade 360. I have been to Germany, Slovenia, Croatia, Bosnia and Ireland, but the one I’m really looking forward to is my trip to India this fall! In the course of my travels, the destination I most frequented  was Slovenia. At that time, I was working on a project with a small group of young engineers that were all located in Ljubljana, I was the only one from Serbia. The atmosphere in the team was amazing, and the positive energy was contagious that traveling back and forth was not at all stressful, I enjoyed working with them a lot. In that team, I was a mentor, tech lead, and developer, and thanks to them, I learned how important it was to have a supportive manager, good workflow and ethics. All of which resulted in a team of satisfied engineers and thriving results. If someone struggled with a task, there was always someone from the team who was ready to jump in and help.

After spending two years on that project, I  became scrum master on a new project. I then applied all the experience and feedback gained over the years for a job welldone. Of course, there were some challenges along the way and the team I worked with was new, but a couple of after-work drinks and team-bonding activities did the trick, and we created a friendly working environment in no time.

Now, I work as Product Manager on a project where I manage 9 developer teams, with around 100 people. Of course, supervising that many people can be challenging, but how else would I grow and become better at what I do if I don’t welcome challenges instead of running away from them?

From my first day in the company, I set some incremental goals that I wanted to achieve. I became a senior developer, then a tech lead, then the team manager, and finally, now I’m a project manager. My next goal would naturally be to become a top manager, and I am working hard every day to achieve this.

Keeping a close relationship with my managers, and speaking to them about my goals and ambitions helped steer me in the direction I’m headed now. Thanks to my managers, during these 8 years at the Comtrade I was given many opportunities to grow as a developer, as a manager, and ultimately as a person. I attended many conferences, training sessions, and workshops, and learned a lot..

There are other many benefits that Comtrade 360 provides, and among them is that it is very family-oriented. They support employees with families, provide more free time, and organize many family events that help in creating a family community within Comtrade 360. But the benefit I appreciate the most is the people I work with. I feel very lucky to have met so many amazing people and coworkers who work strong and hard every day to make Company 360 better in every way. 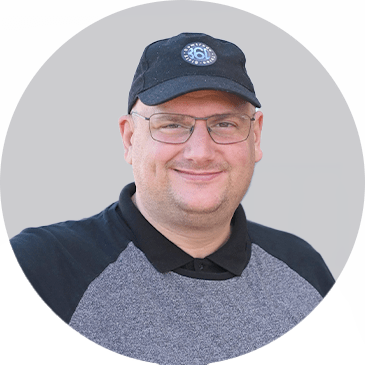 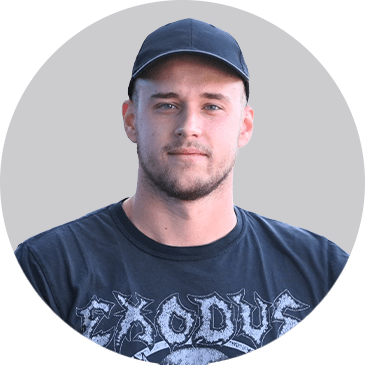 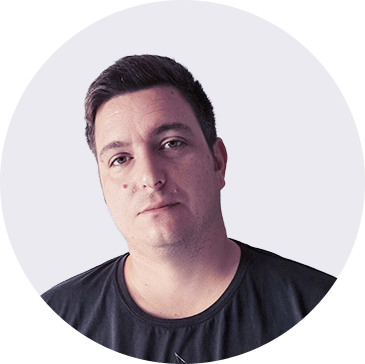